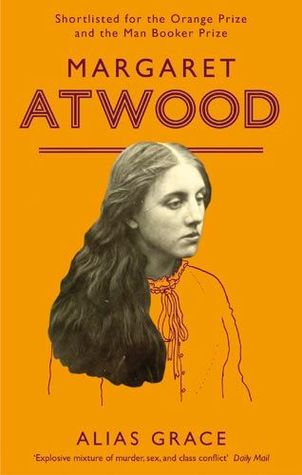 Today Dr. Jordan looks more disarranged than usual, and as if he has something on his mind; he does not seem to know quite how to begin. So I continue with my sewing until he’s had time to gather himself together; and then he says, Is that a new quilt you are working on, Grace?

And I say, Yes it is, Sir, it is a Pandora’s Box for Miss Lydia.

This puts him in an instructive mood, and I can see he is going to teach me something, which gentlemen are fond of doing. Mr. Kinnear was like that as well. And he says, And do you know who Pandora was, Grace?

And I say, Yes, she was a Greek person from days of old, who looked into a box she had been told not to, and a lot of diseases came out, and wars, and other human ills; for I had learnt it a long time ago, at Mrs. Alderman Parkinson’s. Mary Whitney had a low opinion of the story, and said why did they leave such a box lying around, if they didn’t want it opened.

He is surprised to find I know that, and says, But do you know what was at the bottom of the box?

Yes Sir, I say, it was hope. And you could make a joke of it, and say that hope was what you got when you scraped the bottom of the barrel, as some do who have to marry at last out of desperation. Or you could say it was a hope chest. But in any case it is all just a fable; although a pretty quilt pattern. Well, I suppose we all need a little hope now and then, he says.

I am on the point of saying that I have been getting along without it for some time, but I refrain; and then I say, You do not look yourself today, Sir, I trust you are not ill.

And he smiles his one-sided smile, and says he isn’t ill, only preoccupied; but that if I would continue with my story, it would be a help to him, as it would distract him from his worries; but he does not say what these worries might be.