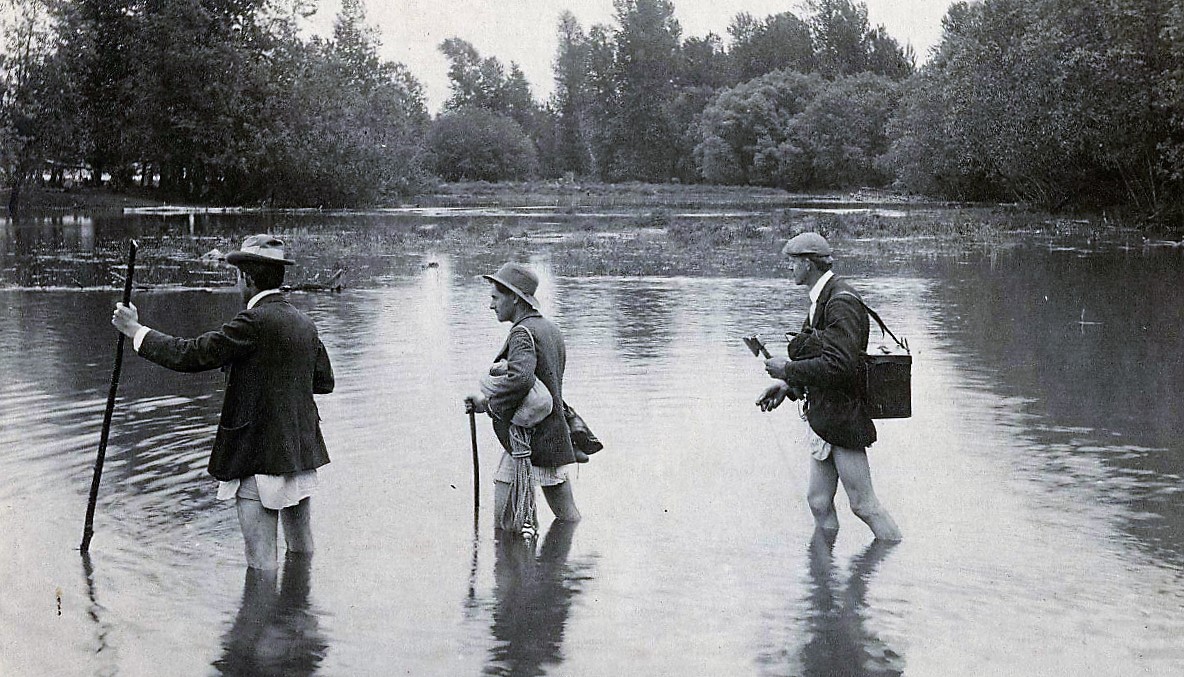 The river was quite shallow but running very fast. We decided to cross it. It was a hazardous operation. The water was only thigh deep but the current was immensely strong and the bottom was formed of stones the size of footballs slippery with weeds. Halfway across we were forced to abandon the attempt; if a man slipped in such a place he would be gone for good. We should have known better than to attempt a short cut.

We splashed back through the meadow by the way we had come and ascended the side of the hill where we met our drivers who had been watching our efforts with some amusement.

‘In Panjshir and in Parian there is only one way and that is the way of the road,’ remarked Abdul Ghiyas. ‘The roads were made long ago; if there were another way we should use it.’

Together we went on until we came to a suicide bridge with a village beyond it, the houses nothing more than heaps of stones, but down by the river there was a grove of poplars, an ideal camping place, at which we looked lovingly.

By now we were both a little tired of one another’s company.