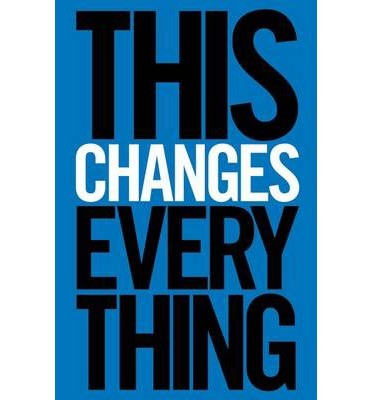 [Navarro Llanos] had recently given a speech at a United Nations climate conference in which she laid out the case for these kinds of wealth transfers, and she gave me a copy. ‘Millions of people,’ it read, ‘in small islands, least-developed countries, landlocked countries as well as vulnerable communities in Brazil, India and China, and all around the world-are suffering from the effects of a problem to which they did not contribute. . . . If we are to curb emissions in the next decade, we need a massive mobilization larger than any in history. We need a Marshall Plan for the Earth [a large-scale rescue program]. This plan must mobilize financing and technology transfer on scales never seen before. It must get technology onto the ground in every country to ensure we reduce emissions while raising people’s quality of life. We have only a decade.’?

Of course a Marshall Plan for the Earth would be very costly — hundreds of billions if not trillions of dollars (Navarro Llanos was reluctant to name a figure). And one might have thought that the cost alone would make it a nonstarter — after all, this was 2009 and the global financial crisis was in full swing. Yet the grinding logic of austerity — passing on the bankers’ bills to the people in the form of public sector layoffs, school closures, and the like — had not yet been normalized. So rather than making Navarro Llanos’s ideas seem less plausible, the crisis had the opposite effect.

We had all just watched as trillions of dollars were marshaled in a moment when our elites decided to declare a crisis. If the banks were allowed to fail, we were told, the rest of the economy would collapse. It was a matter of collective survival, so the money had to be found. In the process, some rather large fictions at the heart of our economic system were exposed (Need more money? Print some!). A few years earlier, governments took a similar approach to public finances after the September 11 terrorist attacks. In many Western countries, when it came to constructing the security/surveillance state at home and waging war abroad, budgets never seemed to be an issue.

Climate change has never received the crisis treatment from our leaders, despite the fact that it carries the risk of destroying lives on a vastly greater scale than collapsed banks or collapsed buildings. The cuts to our greenhouse gas emissions that scientists tell us are necessary in order to greatly reduce the risk of catastrophe are treated as nothing more than gentle suggestions, actions that can be put off pretty much indefinitely. Clearly, what gets declared a crisis is an expression of power and priorities as much as hard facts. But we need not be spectators in all this: politicians aren’t the only ones with the power to declare a crisis. Mass movements of regular people can declare one too.

In the very same way, if enough of us stop looking away and decide that climate change is a crisis worthy of Marshall Plan levels of response, then it will become one, and the political class will have to respond, both by making resources available and by bending the free market rules that have proven so pliable when elite interests are in peril. We occasionally catch glimpses of this potential when a crisis puts climate change at the front of our minds for a while. ‘Money is no object in this relief effort. Whatever money is needed for it will be spent,’ declared British prime minister David Cameron — Mr. Austerity himself — when large parts of his country were underwater from historic flooding in February 2014 and the public was enraged that his government was not doing more to help.